UW Glass/Gratitude post: Thank you Helen Lee (@hotpinknoise) for inviting me to be a Visiting Artist at the University of Wisconsin at Madison (@UWGlass)! This was my first time as a visiting artist at a university, and I had a blast!
Flags of Safety & Resilience are now on view at Off Lomas, 13th St NW @ Lomas, Albuquerque through mid Nov. 💐 Thanks to everyone who came out to the opening last night, and to everyone who supported me and the project this week. I couldn’t have done it without you! 💓
👋🏾My newest project, Flags of Safety & Resilience, will be shown alongside @shericrider’s & Obie Weather III’s TransVEIL starting tomorrow (Friday). These brand new 😅 projects explore themes of community safety and mutual aid in the context of surveillance, the prison industrial complex, systemic oppression, and personal adversities.

Anyone with a meaningful connection to the nine-county Bay Area is invited to “share their story of belonging” by January 2. This call is deliberately open-ended. 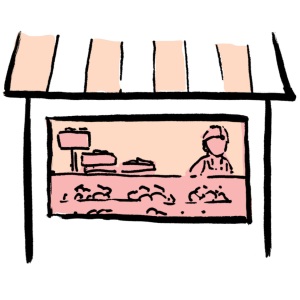 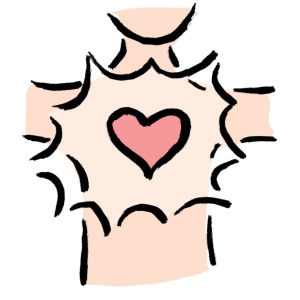 For some people, there might be a place where they feel (or have felt) belonging. (This is how I framed last year’s project exploring belonging in Albuquerque.)

For others, maybe they carry a sense of belonging with them. I was inspired to add this section by Brené Brown’s Braving the Wilderness, in which she argues that true belonging, to paraphrase Maya Angelou, is belonging everywhere and nowhere.

[I also included a section for people who neither feel belonging tied to a place or carried with them.]

If you haven’t yet submitted, please do! There’s less than 2 weeks left before the January 2 deadline.

With these multiple definitions of belonging in mind, it’s interesting to read:

As most in the SF art community members know, Galeria de la Raza was one of the birthplaces of the Chicano art movement. It was located on 24th Street in the Mission District for as long as I can remember. Over the past few months, it’s battled a 100% rent increase. Rivera is announcing that they’re going to move, and find another location, but it may be nomadic—everywhere and nowhere—for the next two years.

It’s interesting to think how a place matters (obviously they’d want to stay in the Mission), while an identity or soul doesn’t have to reside in a specific building. Maybe carrying your belonging with you is a form flexible, strategic resilience in the face of gentrification and displacement. Maybe your sense of belonging can be tied to a place and also carried with you.

Many conversations I have in the Bay Area are about loss—about the working class, families, and artists—who have moved away to outer suburbs or different metropolitan areas. Take a look at this recent report on US cities with the greatest potential influxes and outflows:

More people are thinking about moving to a new city. Some 25 percent of those looking at homes for sale were searching outside their current metropolitan areas — up from 22 percent during the same period in 2017.

The general trend was away from pricier East and West Coast markets and toward more affordable inland areas. The top 10 most-searched destinations had an average home price of $150,000 less than the top 10 areas people were contemplating leaving.

—Michael Kolomatsky, “Which Cities Are People Leaving — and Where Are They Going?” NYTimes.com, December 20, 2018

San Francisco tops the list of 10 cities with the greatest potential outflow.

San Francisco is also the top city of origin for three cities with greatest potential inflow:

This is pretty outsized, considering that San Francisco is the 13th most populous city in the US.

TC was recently telling me that everything about San Francisco—from losing collaborators who move away, to the cost of living, to the ever-increasing traffic—feels like it’s pushing you out, and you have to proportionally become more determination to stay.

I replied that it sounds like San Francisco is turning into New York City.

I’ll think more about this. I’m interested in the love-hate relationship some people have to NYC. For those who can afford it, escaping the city (summering on the Hamptons or apple picking upstate) is considered a key to staying sane here. This has more to do with the place itself—crowdedness, tourists, and heat waves in the summer, and the general logistical nightmares of navigating such a large, expensive city. I wonder how love-hate relationships figure into the Bay Area. The negative emotions I’ve heard about are often about the impacts of changes, not qualities of the place itself. For me, when I lived in Oakland, it was a respite from San Francisco, but now Oakland is the US’ 5th most expensive city to live in, just after NYC.

Unfortunately, San Francisco can be a counterexample. There’s a fear that NYC (which as almost 10x the population and almost 10x the square mileage) is turning into SF:

“[Deputy mayor for housing Alicia Glen’s] legacy is bringing Amazon and turning New York into another version of San Francisco.”

One of the challenges of this project is balancing rays of light against the doom and gloom of San Francisco’s changes.