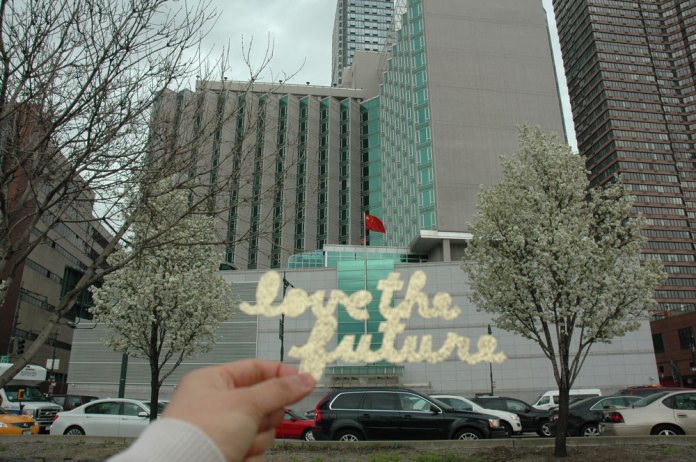 In China, the state tightly controls the internet. Chinese citizens can’t access Google, Facebook, or Twitter. Any searches with Ai Weiwei’s name are terminated, as the artist explained in a prescient interview with Dan Rather shot just 10 days before his unlawful detention and disappearance on April 3.

To skirt censors, Chinese citizens have adopted the code-phrase, Love the Future (愛未來), which is similar to Ai’s name (艾未未) in Chinese.

“Love the Future” has many interpretations. It’s an affirmation, a progressive rallying cry, an admonishment to the repressive Chinese government to fear not its own courageous activists, a call to change.

The above photo is inspired by this declaration, Ai’s courage, and his Studies in Perspective photographs.