Happiness is a vague term that belies the complexity of psychological wellbeing.

I was reminded of this fact by a few things this week. These things may help to explain what I wanted to express with the work, take charge of your happiness: it takes continual attention, intention, action, and time to cultivate the myriad elements that contribute to wellbeing.

This week, someone asked me what I thought about the brief article, “A Fine-Arts Degree May Be a Better Choice Than You Think,” by Daniel Grant in the Wall Street Journal (November 10, 2013). The author summed up three studies or sources that reported that artists are “happy” or “happier” than the general population.

I think the points are interesting but felt that the research warranted further elaboration. I thought: What is meant by happiness? Though the term is often used diffusely, it can be understood with more precision, and indeed, such clarity is helpful for increasing one’s own wellbeing.

What I mean by happiness is outlined a bit in the next item.

Recognizing my own unhappiness.

This week, I skipped the gym and did desk work for four days in a row—personally, this amounts to a recipe for psychological disaster. I even walked five miles to work one day, but it wasn’t enough to release the endorphins that bring emotional balance. Add a few triggers and the result was pointless irritability and misanthropic anger.

I hit the gym until all my muscles were fatigued and my mind was clear. It showed me, once again, how I’m more relaxed, generous, optimistic, and compassionate after a good workout. My sense of well-being is increased. These are major components of happiness. But obviously, it takes intention to get to the gym in the first place.

So, reminder to self (it bears repeating): Working out is as much for psychological as physical wellbeing.

Add to that the fact that I’m starting to miss working out outdoors, and it’s not even winter yet. So an immediate action step is to look into bicycle clubs! 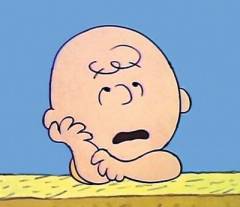 Less of this. (Charlie Brown by the inimitable Charles Schultz.) 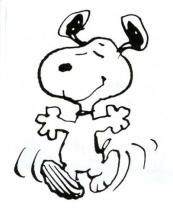 More of this. (by Charles Schultz)

Be physically involved in doing what you love.

I’ve been writing applications to grants and residencies as part of my strategic goals. It became a habit too successfully, to where I had to remind myself that I’m on track to my goals and can focus my efforts on the studio for a few weeks.

Once in the studio, I popped on a podcast of Grayson Perry’s Reith lecture, and he validated the importance of play and of losing yourself in the activity. (All the lectures are great, I highly recommend them!) He didn’t use the word flow, but I think he meant it.

I feel like I’ve been working on my VIA Semaphore flag project forever. I’ve sewed 13 flags in three months (it’s an edition of three, so I could say I’ve sewed 36 flags, but whatever). 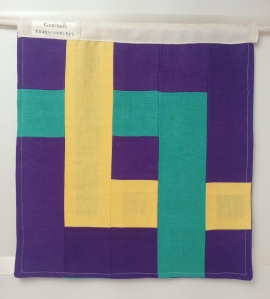 Christine Wong Yap, flag for gratitude from the VIA semaphore project (tentatively titled), 2013, linen, 12.5×12″ each, edition of three from a set of 24. See more on my Facebook Page album.

<NERD ALERT> Since I’m a huge adopter of Creative Capital‘s strategic planning advice for artists, I do weekly check-ins. I also moved my to do list onto a calendar; fewer tasks fall through the cracks, and I’m more aware about procrastination.

In this week’s check-in, I put the production of the remaining 11 flags into a calendar. It’ll take six weeks if I add nothing else to my schedule. This is familiar—I’ve done six-week plans in gearing up for road races. Instead of focusing on my slow progress or the seeming interminableness, I’m excited about enjoying the momentum and how much I’ll accomplish.

I really like this spark chart from pro runner Lauren Fleshman’s website. It documents her life’s highs and lows. It’s awesome because it shows how even major athletes have setbacks and personal detours, too. But the ultimate message is to bounce back, and be resilient.

Having been sidelined from running by a knee injury, it’s also reassuring to know that Fleshman has overcome her own.

This chart also reminds me of Phil Zimbardo & John Boyd’s book, The Time Paradox, which urges readers to have a healthy time perspective: to ensure the past also houses happy memories and achievements, to utilize and savor the present, and to look forward to the future. Sometimes the past seems like a large closet overstuffed with regrets and humiliations, but as Fleshman, Zimbardo and Boyd point out, there’s lots to remember fondly too.

The University of Melbourne is seeking participants for a new gratitude survey. 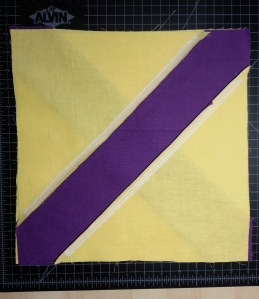 Sewing on the bias (the stretchy direction) is hard! Fusible interfacing makes it easier.

What I’m grateful for this week:

It feels good and it’s the right thing to do.

UNICEF, the Humanitarian Coalition, and Doctors without Borders are good. The Asia Society’s post on how to help is especially thorough.